Mr Ang has been selling fish at the Jurong East market in Singapore for the past 50 years (he’s 75 years old), following after his father who also sold fish. However, he advised his son not to pursue the business, especially with his higher education, so his son now works “in an air-conditioned office”.

Mr. Ang goes to the port at 3am every morning to buy fresh fish.

Fishmongers like Samuel (pictured below) head to the port at 1.00am. Contrary to Mr Ang’s son, Samuel gave up his cushy air-conditioned office job to pursue work as a fishmonger after dealing with one headache too many from his accounting job. You can read Samuel’s story here. 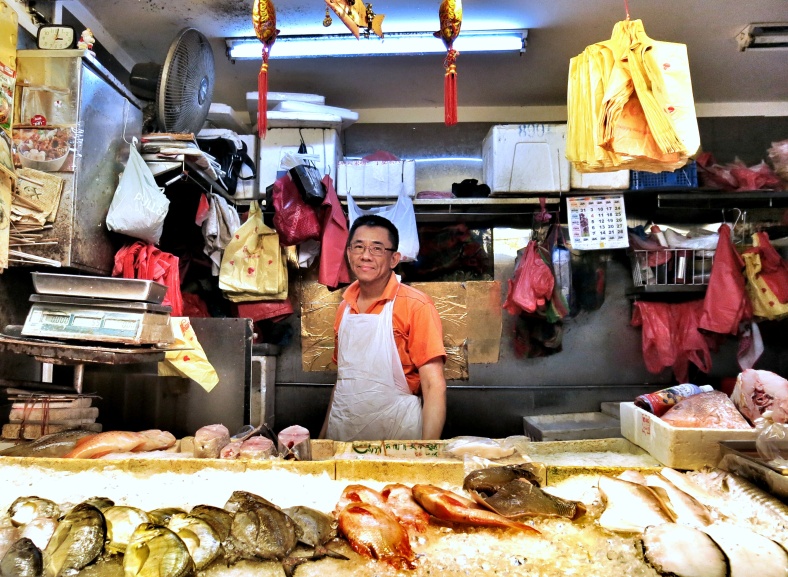 Samuel left his accounting job to work as a fishmonger

When I was at his stall, a customer wanted a golden pomfret fish chopped up, so I took a few close-up photos of the sea creatures and told him I’d return to follow-up!

Here are the sea creatures: 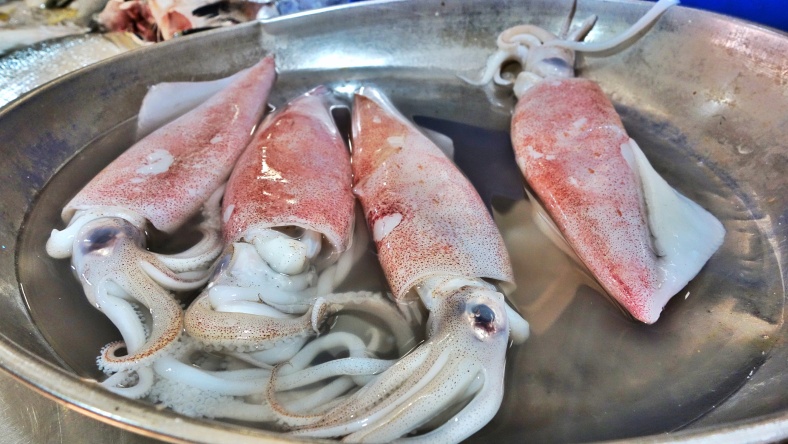 Squid (otherwise known as “sotong” in Singapore, a word that we have adopted from the Malay language) 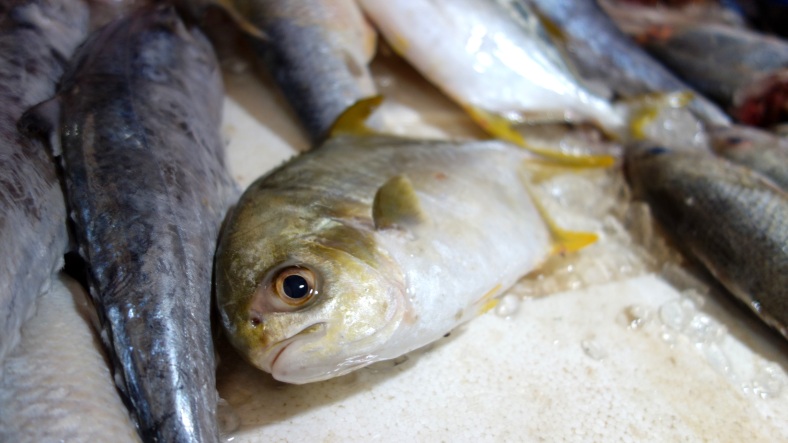 Shopkeeper Stories is a photographic documentary of small business owners with their trades around the world, sharing their views on business and life. You can catch all the posts on Facebook and Instagram @ShopkeeperStories. Enjoy!

2 thoughts on “The early bird catches the… fish!”