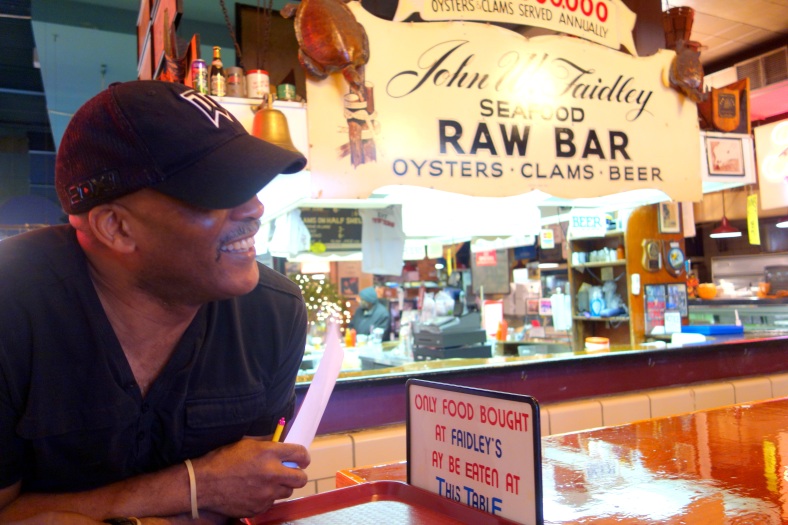 It never hurts to ask!

When Lou Flemming was a 17-year-old teenager in Baltimore, he spotted the owner of Faidley’s Seafood running a food stand at a festival. There was a long and winding line of customers waiting for their crab cakes, so Leo walked over to the owner, Bill Devine, and asked him whether he needed any help. The response:

Leo was hired on-the-spot on that fateful day in 1978, and he’s been working for the family business ever since, eventually rising as their business manager at Lexington Market.

Lou revealed that they usually sell around 6,000 muskrats and 1,000 raccoons during the winter season (from November till March) and shared a trick of the trade: to quickly distinguish between a raccoon and muskrat when it’s being sold at the market, they always leave at least one leg on it as a kind of ID. Who knew?!